This is part 5 of the book reading/discussion “Against the Roman Papacy, an Institution of the Devil”. Martin Luder, (his name when he was born) born on the 10th of November 1483 in Eisleben, Germany, wrote this book as his last work before his death on the 18th of february 1546 also in Eisleben. You could say this book is his legacy, his bequest. Martin Luther, as he was called later in his life, wrote hundreds of works, dissertations, essays and books. To sum it all up what have been his greatest works, of course the translation of the bible into the common german language tops it all by far. By that work Luther, through the hand of GOD, freed half of Europe from the roman yoke. With this book he acknowledged and informed us that the roman catholic church is irreformable because she is the seat of the biblical, historical and prophetic Antichrist. Without any exception EVERY “Reformer”, german or from any other nation, came to the same biblical conclusion. By founding the order of the Jesuits in 1540 Rome started the counterreformation that is still going on today. On many pages in this book the true biblical interpretation is being held against the coniving lies of the Antichrist and it is my hope that this reading will contribute to your awakening that the papacy is the biblical, historical and prophetic Antichrist, so that you are able to see and understand the unbrideld Truth of the Word of GOD. Insulting comments and those attacking the person of Luther or myself will rigorously be deleted and the author of those banned from my channel.
All parts of the book reading can be found in the playlist “Against the Roman Papacy, an Institution of the Devil”, here:

Conflict between the church of Rome and the reformers reached its most violent peak in the five years before the Council of Trent in 1545, a council the pope had been delaying for years. Luther had not only given up hope for a “free, Christian council,” but had also come to the conclusion that the authority of such a council was limited to reaffirming the ancient faith of the apostles. This radical departure from Rome’s interpretation of its own authority forms the basis of Luther’s new doctrine of the church — and also of his advice to Protestant princes on the problems of ecclesiastical property. It is this doctrine of the church which is the theme of the three treatises written during this period and included in this volume.

To get the book:

Playlist “Hour of the Truth”

Playlist “All Roads lead to Rome”:

Playlist “Behind the Dictators”:

Playlist “Romanism and the Reformation”

Playlist “History of the Inquisition”:

Playlist “Nothing But the Truth”:

Who is the Biblical, Historical and Prophetic ANTICHRIST?
Playlist “Characteristics of Antichrist”

Playlist “Martin Luther, On the Councils and the Church” by Inquisition Update 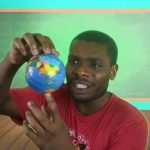 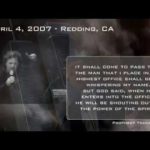