Bank conspiracy, collapse and the failure of the federal reserve is explored with Nomi Prins. ALL THE PRESIDENTS’ BANKERS, Prins’ new book, plus impending doom for the dollar and the reinstatement of the Glass-Steagall Act is discussed, as we follow the money and debt in the banking industry to see who is really coming out on top, and who is most at risk in this economy, on Buzzsaw hosted by Sean Stone.

GUEST BIO:
Nomi Prins is a political-finance expert, author and speaker. She is the author of six books including her latest, All the Presidents’ Bankers: The Hidden Alliances that Drive American Power, the historical novel, Black Tuesday and other non-fiction books, It Takes a Pillage: Behind the Bonuses, Bailouts, and Backroom Deals from Washington to Wall Street and Other People’s Money: The Corporate Mugging of America which predicted the 2008 crisis.
She has appeared as a frequent commentator on international and national TV programs including for: CNN, BBC World, RtTV,
Before becoming an author, Nomi worked on Wall Street as a managing director at Goldman Sachs, and Senior Managing Director running the international analytics group at Bear Stearns in London, as well as having held positions at Lehman Brothers and the Chase Manhattan Bank (JPM Chase). She is a Senior Fellow at the public policy think-tank, Demos.

EPISODE BREAKDOWN:
00:01 Welcome to Buzzsaw.
00:30 Introducing Nomi Prins.
01:00 The 2008 bailout, Wall Street and the government, and the subsidization of the banking industry.
06:20 The Federal Reserve and the Dodd-Frank act. Who are we in debt to?
13:00 The potential reinstatement of the Glass-Steagall Act.
21:00 Federal Reserve history and the system’s support of the banking industry and the government.
29:30 Pending economic collapse in the U.S. and the U.S. dollar.
36:50 The Euro, the European economy, and auditing the Federal Reserve.
45:50 Thanks and goodbye. 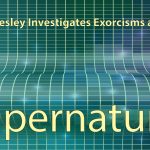 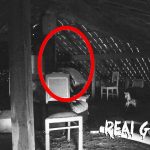 It’s still all about the dollar …