Dr. Leir will discuss the Turkish UFO videos among other topics

Dr. Roger K. Leir, author of the “Aliens and the Scalpel-First and Second Edition”, “UFO Crash in Brazil”, “Casebook Alien Implants”, “Chopped Liver” and three other books published outside the United States, has been said to be one of the worlds most important leaders in physical evidence research involving the field of Ufology. He and his surgical team have performed sixteen surgeries on alleged alien abductees. This resulted in the removal of seventeen separate and distinct objects suspected of being alien implants. These objects have been scientifically investigated by some of the most prestigious laboratories in the world. Their findings have been baffling and some comparisons have been made to meteorite samples. Dr. Leir continues to investigate the physiological and biological aspects of the abduction phenomenon. He has also formed a non-profit organization for this purpose called “A & S Research Inc.” 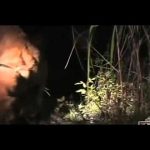 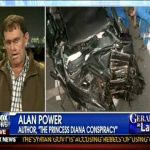