Lucas Alexander presents for “Age Of Truth*TV” – Dr. RAUNI KILDE ~ “The Grande Dame Of Consciousness” an exstraordinary interview-documentary with former Medical Chief Officer Dr. Rauni-Leena Luukanen-Kilde, who worked as a highly acclaimed physician in Finland and was also a representative for WHO and Red Cross. She has worked professionally all over the world and has done extensive research.

Dr. Rauni Kilde is known as the female David Icke and has been one of the first to publically write books on controversial topics not reported in the media. She was married to a Norweigian diplomat and has spent a great deal of time in the United States. She travels the world to give lectures and speeches, interviews and debates with other truth researchers.

“THE GRANDE DAME OF CONSCIOUSNESS”

for Age Of Truth TV 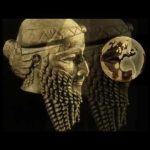 (The Gods The Return of the Anunnaki) ~ The Human Race ~ Franky Uk
Previous Post
Mythical Creatures: The Bestiary A to C
Next Post 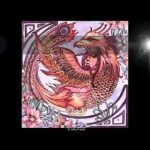