Martyn Gregory, author of the acclaimed book about the death of Diana: ‘Diana: the Last Days’ covered the Inquest every week during its six month duration for Sky News. Once the jury had returned an Unlawful Killing verdict due to the negligence of Henri Paul and the Papparazzi, the conspiracy theories had been finally debunked. He presented this documentary reviewing the evidence that led to the Inquest verdict.

The interviews include Kez Wingfield, the second bodyguard who was assigned to look after Dodi and Diana on the fatal night, reveals it was Mr Al Fayed who approved the plan for their exit from the Ritz. Diana’s former London police bodyguard Ken Wharfe offers his opinion on the plan.

Claude Roulet, the former Deputy Director of the Ritz, who was in charge of the Hotel that day as the Director was on vacation, states he saw Henri Paul in a bar that evening before he returned to the Hotel. He also gives an account of his last conversation with Henri Paul.

Dr Robert Forrest, a professor of forensic toxicology, gives his analysis of how much Henri Paul had had to drink before he took the wheel.

The driver who brought the Mercedes up from the car park to the back of the Ritz reveals he was ordered to give the keys to Henri Paul despite him not having the qualifications to drive Diana and Dodi.

Claude Roulet says the professional chauffeurs who could have driven Diana and Dodi noticed Henri Paul was not his normal self.

The Police Officer who led the French investigation between 1997 and 1999, Commander Jean-Claude Mules, states it was obvious it was a straightforward car crash and what came afterwards were nothing more than allegations with no evidence to support them. He then speaks of his contact with James Andanson.

Martyn Gregory then goes on to touch upon the allegations surrounding ‘Flash before the Crash’ and the time it took to get Diana to the hospital.

Diana’s close friend Rosa Monckton who went on holiday with Diana two weeks before she died, gives some insight into Diana’s feelings for Dodi. There is then an astonishing revelation about what was said about the supposed engagement ring that is now on display in Harrods, backed up by Claude Roulet who collected the ring from the Repossi jewellers.

Martyn Gregory explains how CCTV destroyed the fabrication that Diana and Dodi planned to live together. Diana’s friend Rosa Monckton then gives her own delicate evidence proving she couldn’t have been pregnant. Pregnancy turns out to be the allegation that is fatal to the conspiracy theorists’ case.

Martyn Gregory then springs a Roger Cook style surprise interview on Mohammed Fayed as he leaves the Royal Courts of Justice in London on the day the Jury formally repelled his claims of murder. Fayed remains uncharacteristically silent, however.

What I notice about this documentary is that it interviews people who were present at the time of the events under analysis and most of them met or knew Diana very close to her death. The pro-conspiracy theory documentaries almost always only feature people who were far away and had no direct connection at all to events and are mere armchair commentators.

With the inquest now over, I hope we can move on from Diana’s death and can now fondly remember and celebrate her life. It is a shame that her death was tarnished by false and often absurd allegations that all had a self-serving purpose for Mohammed Fayed. 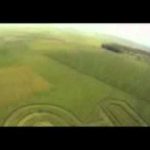 Crop Circle Cikarang, Alien or Human?
Previous Post
More on Harold Camping's Prophecy on May 21, 2011 and WHY IT IS FALSE!!!
Next Post 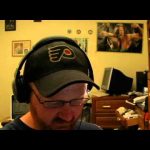