Dark Legacy: George Bush And The Murder Of John Kennedy

A thorough, documented, criminal indictment of George Herbert Walker Bush, establishing beyond a reasonable doubt his guilt as a supervisor in the conspiracy to assassinate John F. Kennedy. You must see it to believe that former president George Herbert Walker Bush was connected to the assassination of JFK. Once you see this documentary though there should be no doubt in your mind that it’s true. The evidence is overwhelming and as the author of this documentary, John Hankey says, “If we could present this evidence to a jury in Texas, he would pay with his life”. Did you know that Daddy Prescott Bush was Hitler’s chief banker in the U.S. before 1942? Did you know that George H.W. Bush was in the CIA and in Dallas when Kennedy was killed? This video explores the many connections between George Bush and the Kennedy Assassination and makes a very convincing argument that he was the operational leader of the most important coup in American history. 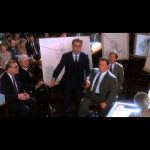 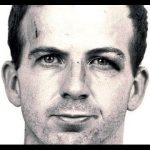