Breaching Area51 : As close as you will get without being arrested

SONG DESCRIPTION BELOW!
This is a report of a journey that 2 brothers took on a Tuesday morning in Sept 2011. We went from Las Vegas to Rachel & tried to go as close to Area51 as we could, without being arrested for trespassing. This video shows our road trip starting from the Cosmopolitan (nice hotel) Las Vegas to the Extraterrestrial Highway, then continuing on Groom Lake Road until the base entrance. As expected the camo dudes were guarding the entrance (together with a bunch of camera’s & sensors in the desert) so we didn’t try our luck and didn’t cross the line. Then we continued to the Little Alien in Rachel and had an Alien burger. Finally we visited our friends that live on a farm near Rachel, before returning to Las Vegas. This was the first time that my brother went to Area51, my 2nd time. We had a blast! Expect a full day trip when going from Vegas to Area51. It’s a 2,5 h drive 1 way to get there, excluding the 14 mile Groom Lake dust road. 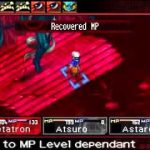 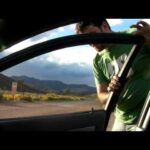