Bethany McLean (born December 12, 1970 in Hibbing, Minnesota) is a contributing editor to Vanity Fair magazine, and known for her work on the Enron scandal and the 2008 financial crisis. She had been an editor at large and columnist for Fortune and a contributor to Slate.

McLean grew up in Hibbing and received her BA in English and mathematics at Williams College in 1992. After college and prior to joining Fortune, she worked as an investment banker for Goldman Sachs.

McLean married Chris Wilford in 2000. They divorced in 2006. In May 2008, McLean married Sean Berkowitz, a partner with the law firm, Latham & Watkins. Berkowitz is the former Director of the Enron Task Force; they met through their mutual connection to that case.

McLean is the co-author, with Fortune colleague Peter Elkind, of The Smartest Guys in the Room (ISBN 1591840082), exposing the corrupt business practices of Enron officials. The book was the result of her reporting on Enron for the magazine and she first wrote about Enron with her article in the March 5, 2001 issue of Fortune entitled, “Is Enron Overpriced? The book was later made into the Academy Award nominated documentary Enron: The Smartest Guys in the Room. Her column, “The Bulldog”, appeared regularly in Fortune.

She co-authored a book with New York Times columnist Joe Nocera on the 2008 financial crisis titled All the Devils Are Here, (November 2010). It details what happened and concludes it was not an accident, that banks understood the big picture before the crisis happened but continued with bad practices.

McLean made appearances on The NewsHour with Jim Lehrer, as an observer of the trials of Ken Lay and Jeffrey Skilling. McLean was a guest on The Colbert Report on October 13, 2008, a guest on The Daily Show with Jon Stewart on January 15, 2009 and again on November 16, 2010, and was interviewed on the PBS program NOW with David Brancaccio on January 30, 2009. She appeared on the Charlie Rose show on November 17, 2010, and May 2, 2013. On January 7, 2014 she was a featured interviewee on the Frontline special report, “To Catch A Trader.”

McLean gave a talk at the RSA (Royal Society for the encouragement of Arts, Manufactures and Commerce) in December 2010 where she outlined her history in the financial reporting and analysis fields and summarized some of the points in her book “All the Devils Are Here.”

Henry Merritt “Hank” Paulson, Jr. (born March 28, 1946) is an American banker who served as the 74th United States Secretary of the Treasury. He had served as the Chairman and Chief Executive Officer of Goldman Sachs, and is now chairman of the Paulson Institute, which he founded in 2011 to promote sustainable economic growth and a cleaner environment around the world, with an initial focus on the United States and China.

Paulson was portrayed by William Hurt in the 2011 HBO film Too Big to Fail and by James Cromwell in the 2009 BBC film The Last Days of Lehman Brothers.

In the documentary film Inside Job, Paulson is cited as one of the persons responsible for the Economic Meltdown of 2008 and named in Time Magazine as one of the “25 People to Blame for the Financial Crisis”.

In September 2013, Bloomberg Businessweek released the documentary film Hank: Five Years From the Brink, directed by Oscar-nominated Joe Berlinger and distributed by Netflix. 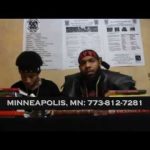 THE TRUTH ABOUT RESURRECTION AND REINCARNATION – 1WEST ISUPK MINNEAPOLIS, MN 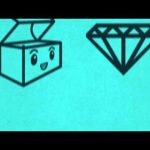 5 things you would have to do if reincarnation was true

Global Crash: What They’re NOT Telling You