Hosts Janet Kira Lessin & Dr. Sasha Lessin interview researchers Michael Lee Hill and author Glenn Bogue on Cosmic Conspiracy, Tuesday, September 9, 2014 from 3 to 5 PM, HST (Hawaii), 6 to 8 PM, Pacific time.
Michael Lee Hill is an award winning musician, filmographer and UFO experiencer. In his home state of Ohio, Michael has been cataloging video after video of UFO’s over Lake Erie. What makes these different than most sightings is that the phenomena consist almost entirely of ‘Pulsating orb’s of light’ characteristics. Unusual lights are seen changing colors, converging, and separating over the lake. Stories of the unexplained phenomena date back over 150 years to the indigenous North American Indian Tribes.

Glenn Bogue’s a major researcher who brings a unique perspective to the Anunnaki/ancient aliens field. Glenn’s been traveling a lot and brings back to the show tons of information gathered over a summer of research and experiences designed to connect the dots, assemble the pieces of the puzzle and rock our world. Our roundtable is rounded out by researchers/authors Janet Kira Lessin & Dr. Sasha Lessin. On this episode we focus on the Anunnaki, our forefathers and master geneticists who created us, human beings. – 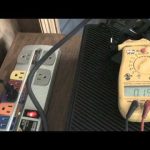 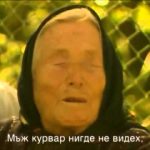