Ancient Aliens, Modern Hybrids (the Mardukite Documentary)
based on the book

Nabu Speaks!
The Autobiography of an Alien Messenger

Best known by his given name and work as Joshua Free, the prolific writer and founder of the modern Mardukite Anunnaki revival movement finally reveals his true nature and identity – as the hybrid alien messenger, NABU – in the much-anticipated public disclosure, “Nabu Speaks! – The Autobiography of an Alien Messenger.”

This amazingly unique and historically verifiable first-person narrative explains the struggles and successes of the ancient Nabu tribes, a “Mardukite clan” that sought to famously raise Babylon and Egypt to power by ‘Divine Right’ under MARDUK-RA; the rise and fall of the Sumerian Anunnaki, the creation and disposal of upgraded humans, the birth of societal systems of religion and politics, as well as interpersonal exchanges and feuds that were taking place “behind-the-scenes” among the Anunnaki themselves, those “ancient aliens” who became fixed in human consciousness as gods, angels, demons and spirits.

Following the chronicle of the ancient world, this amazing literary work explores the modern return of NABU to earth during present times, where it seems that human civilization has reached a critical crossroads in its evolution and survival. Challenged by a human existence in the current age, NABU explains the trials and tribulations of refining and correcting the Mardukite fragmentation of human reality, first begun by ancient alien “Anunnaki.” He candidly describes his experiences with modern seekers attracted to the movement in want for a means to achieve their own “spiritual upgrade,” to become ‘self-honest’ and participate in the survival of the next evolution of human life on earth.

NABU SPEAKS! provides a critical key in realizing what it means to rise above the self-destructive tendencies of human nature. It demonstrates the necessity for people to know this ‘universal knowledge’ about human origins and systems to allow for a true “New Age” paradigm-shift – to work together in peace, love and unity. The future of humanity is to live in wholeness, more than simply “in the image” of the gods, but to become as the “gods” yourself and take your rightful place in the cosmos! 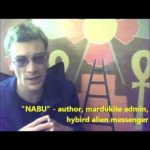 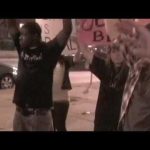