There are nearly 200 neo-Nazi groups currently operating in the United States–and they are strongly allied to a loose network of numerous other “white and Aryan power” hate groups. Although the U.S. government covertly monitors American Nazis–their racist beliefs and recruitment activities are not illegal. Where did they come from? Who are their members? And what is their secret agenda? We’ll reveal how sympathy for Hitler has grown into a violent subculture of “white power.” Past and present Nazi members, journalists, academics and law enforcement experts describe the United States secret Nazi past and the present day inner workings, secret meetings and manifesto of this dark sub-culture. Did the American government’s efforts to get Nazi intelligence after the war really sow the seeds for the white supremacy hate groups we see today? Could this diabolical movement infiltrate our institutions, our government, and our everyday lives? 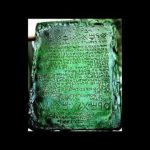 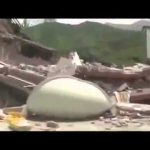 Ghost Hunters S08E11 – The Princess and the EVP