A new photo from a NASA spacecraft studying Saturn and its many moons shows the sun reflecting off the seas of the ringed wonder’s moon Titan.

For the first time, NASA’s Cassini spacecraft captured sunlight glinting off both of Titan’s northern polar seas. The glow is usually difficult to see because a haze of liquid methane clouds fills Titan’s atmosphere. Although similar sparkle has been captured on the seas individually, this is the first time it has been spotted in both in a single image.

The sunlight, also called specular reflection, shines in the upper left region of the image, in the southern region of Titan’s largest sea, Kraken Mare. The sun also shines on another sea, Ligeia Mare, which is partially covered in its northern region by a bright, arrow-shaped grouping of clouds. 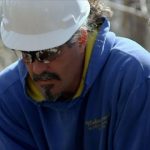 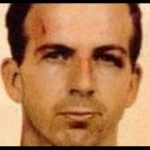