U.S. investigators have been studying an unexplained radar blip detected hundreds of miles west of the plane’s intended route, in the area of the Malacca Strait, about 2:15 a.m. local time. That was 45 minutes after contact was lost with the jet flying to Beijing through the Gulf of Thailand.

The 777 had enough fuel to fly the 2,700 miles (4,345 kilometers) to Beijing and reserves to fly to a diversion airport. That meant it was capable of flying at least 2,000 miles after it changed course, enough to reach numerous points in the Indian Ocean.
Malaysia isn’t cutting back on the search, and instead has intensified its efforts, Hishammuddin said.
“Malaysia has nothing to hide,” he said. “We have spared no expense and no effort.”
The aircraft’s transponder normally sends signals to ground radar stations making it easier to follow and providing other information, such as its identity and altitude. While it’s possible for the unit to malfunction or be accidentally switched off, it is highly suspicious for the device to fail at the same time a plane makes an abrupt change of course.

Disappearance of Malaysia Airlines Flight 370 sparks conspiracy theories
While tormented family members cling to the hope that their loved ones will be found alive, conspiracy theorists are already spreading rumors online. According to the Internet, it could be anything from alien abductions to the North Korean government. 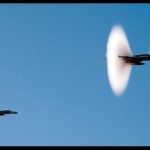 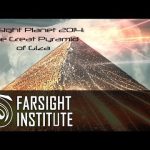