Cosmology is the one field in which researchers can—literally—witness the past. The cosmic background radiation, ancient light streaming toward us since the Big Bang, provides a pristine window onto the birth and evolution of the universe. Already, the radiation has been key to confirming an early explosive expansion of space, determining the geometric shape of the universe and identifying seeds that resulted in galaxies. Now, the cosmic background radiation is poised to reveal when the first stars formed, what happened in the fraction of a second after the Big Bang, and the answers to a host of other bold questions about the cosmos. Join Nobel Laureate John Mather and other leading scientists who are leading the way.

This program is part of “The Big, the Small, and the Complex,” a series made possible with support from the Kavli Prize.

Sign up for our free newsletter to see exclusive features and be the first to get news and updates on upcoming WSF programs: 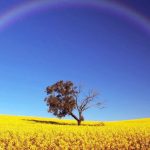 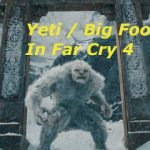 From the Big Bang to Black Holes: Time, the Universe, and Everything

Orbit the 4th Dimension and Shape of Universe

Shape of the Universe – Orange Theory

Shape of the Universe – The Orange Theory

No Edge 2: The Curvature of the Universe.

‘A Universe From Nothing’ by Lawrence Krauss, AAI 2009

Shape of the Universe and Quran (Amazing)

The great fallacy about the shape of the universe