5 amazing facts about space that will blow your mind :

1. The Apollo astronauts’ footprints on the moon will probably stay there for at least 100 million years.

Since the moon doesn’t have an atmosphere, there’s no wind or water to wash away the Apollo astronauts’ footprints on the moon. That means their footprints, rover prints, spaceship prints, any kind of mark they left will stay preserved on the moon for a very long time. Not forever, though. The moon still has a dynamic environment. It’s being constantly hit with “micrometeorites,” which means that erosion is still happening on the moon, just very slowly.

2 . More energy from the sun hits Earth every hour than the planet uses in a year.

Every hour more energy from the sun beams onto Earth to satisfy global energy needs for an entire year. Solar energy is a technology used to collect the sun’s energy and make it useable for the population. The technology is extremely expensive to install.

3. The hottest planet in our solar system in venus, not mercury

Most people think that Mercury is the hottest as it’s the closest planet to the sun. This is not true, venus it the hottest as it has a lot of gasses in its atmosphere, which causes the “Greenhouse Effect”.

4. The tallest mountain known to humans is 3 times taller than Mount Everest

5. Since it’s discovery in 1846, Neptune has only completed one orbit!

Since it’s discovery in 1846, Neptune has only completed one orbit! Neptune takes around 165 years to complete one orbit of the Sun. 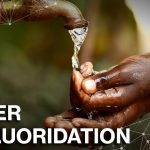 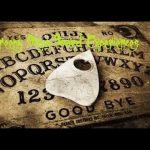