A few months back I showed you some solid evidence about an ancient Giant called Bhima in India. In that video, I mentioned how I had accidentally stumbled on a footprint of another Giant. Here is a little piece.

Could this be Bhima’s footprint? The locals here claim that it is NOT the footprint of Bhima, but belongs to his half-brother Hanuman, who also happens to be a Giant. This footprint is more than 4 feet long and if it is real, the giant who made this impression would be over 30 feet tall.

So how did I come up with this height of over 30 feet? I calculated
this based on something called a “height to foot” ratio. So who is this Hanuman that we are talking about? Hanuman is a giant Ape like God who appears in ancient Indian scriptures.
Here is an article from a newspaper called “The Age” published on August 10, 1934. It reads:

The sensational discovery of a skeleton believed to be a prehistoric giant ape, measuring 31 feet 6 inches in length, is reported from Jubbulpore.

You can see how this height matches with my calculation based on the footprint. When I made the previous video 2 months ago, I did not know about these newspaper articles. Let’s read further.
The discovery was made by a farmer, who noticed a bone protruding from the sand on the river bank near the village of Jaintiha. Attempts to dislodge the skeleton with the aid of other villagers failed, whereupon the chief of the State had the skeleton dug out. Three men were required to lift it, the legs alone measuring 10 feet.

“”The skeleton has been placed in the palace of the chief pending examination by geologists, among whom the discovery has created enormous interest. The Jubbulpore district is renowned for its wealth of fossilized relics of an earlier age, the last important discovery three years ago being the remains of a giant prehistoric mammal reputed to be centuries old. “”

Is this an isolated piece of news fabricated by a newspaper company to gain attention?

No, the same news appeared on a lot of newspapers around the world because this was a spectacular discovery. Let us read THE SYDNEY MORNING HERALD on the exact same day.
Prehistoric Ape
Found in India
Giant Proportions

The sensational discovery of a skeleton believed to be that of a prehistoric giant ape, measuring 31 ½ feet in length, is reported from Jubbulpore.

It is the exact same news except for a few changes here and there.
Here is another newspaper called THE VIRGIN ISLANDS DAILY NEWS which published a short version of this news. The size, the location it was discovered all the same.
“INDIA
Calcutta: A skeleton, believed to be that of a human giant, measuring 31 feet 6 inch has been discovered on the banks of a river near Jubbalpore. The huge man’s bones alone measured 10 feet, and three men were required to move the remains to the Chief’s palace at Ramgarh.”
And also from another newspaper called THE SYDNEY MAIL. Again just different words, but the news is the same.

Remember, these are just a few examples and this same news was published all around the world in many languages that a giant prehistoric ape was found in Jabalpur district, India. Is it possible that this is the skeleton of Hanuman?

Some Hindu and Jain sects believe that Hanuman was not a real ape but a human like giant with slight physical variations. Now, all over the world other giants have been found with variations in their facial features including elongated skulls, horns and double rows of teeth. So who are these Giants? Sacred texts from many ancient civilizations, describe these Giants as hybrids between Gods and Humans. In the bible, they are called Nephilim. Hanuman can also be classified as a Nephilim because his father was a god and his mother was human.

Now according to Hindu scriptures, Hanuman was not the only Giant that looked like an ape, but a whole race of giant apes called Vanara was documented. Is it possible that this huge skeleton is one of these ape-like Gods?

Now, the other important question is: What happened to this skeleton? Where did this skeleton go? Today, we are not able trace the whereabouts of this 32 feet skeleton anywhere. Since India was under British control at that time, this priceless evidence was possibly taken to England along with many other rare artifacts.
So what do you think? Are all these newspapers from various countries lying to us? Or did India once have an ancient race of Giants that were 32 feet tall? Please do let me know your opinion. Thank you for watching and talk to you soon.

Please visit for interesting and intriguing places on the planet. 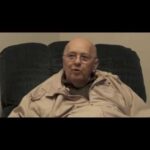 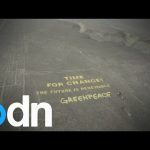