If you haven’t read our list about the Aztecs yet, it’s worth checking out. Both the Aztecs and Mayans were two of the great pre-Colombian Central American civilizations. The Mayan civilization actually preceded and outlived the Aztecs by hundreds upon hundreds of years. It rose and fell several time throughout the last 2 thousand years and actually still lives on today in the culture of numerous Mayans who inhabit the Yucatan peninsula. These are 25 unbelievable facts about the Mayans that might surprise you!

Although their civilization has declined and been conquered, in many rural parts of Mexico and Guatemala Mayan language and culture perseveres

In fact, there are an estimated 7 million Maya still living in and around the Yucatan Peninsula

The pre-Colombian Mayans often sought to “enhance” the physical features of their children. Mothers would press boards on the foreheads of their kids so that they would be flatter (mostly just in the upper class)

Objects were also often dangled in front of a baby’s eyes until the baby was cross eyed, which was another desirable trait found in nobility 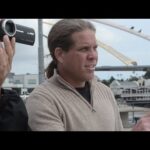 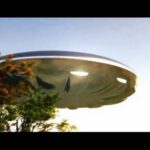 Ancient MAYA – Why the Collapse?

25 Unbelievable Facts About The Mayans That Might Surprise You