25 Fascinating Facts About Egyptian Pyramids You May Not Know

Check out the written version for more info – http://list25.com/25-fascinating-facts-about-egyptian-pyramids/

The three pyramids in Giza Necropolis are the most famous Egyptian pyramids but in fact, as many as about 140 pyramids in total have been discovered in the area of the Ancient Egypt.

The oldest Egyptian pyramid is believed to be the Pyramid of Djoser which was built in the Saqqara Necropolis during the 27th century BC.

Until the Lincoln Cathedral was built in England in 1311, the Great Pyramid of Giza held the title for the world´s tallest man-made structure. It held the record for an incredible and unparalleled 3871 years!

The Great Pyramid of Giza is the oldest of the Seven Wonders of the Ancient World and the last one still in existence.

The estimates of the number of workers involved in the construction of the pyramids differ significantly but it might have been as many 100,000 people.

The Giza pyramids are guarded by the Great Sphinx, the largest monolith statue in the world. The face of the Sphinx is generally believed to represent the face of the Pharaoh Khafra.

All Egyptian pyramids were built on the west bank of the River Nile, which as the site of the setting sun and was associated with the realm of the dead in Egyptian mythology.

And also check out these lovely lists: 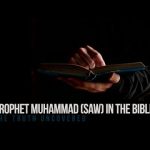 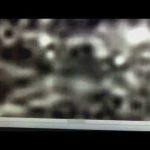