There are many well known examples of creatures from mythology that inspire dread, awe, curiosity or a even a combo of all three. So here’s a list of some of the stranger, lesser-known bizarre and weird mythological creatures found in folklore across the globe.

10. Vampire Cat.
This vampire cat will come back to bite you if you go cat killing. The stories of the Ainu people of Japan tell us that if man kills a cat without taking proper precautions, the spirit of the cat will avenge itself by killing him.

8. Lausks.
Lausks is the reason you have numb cheeks in winter. A single man from Latvian lore, Lausks is a winter spirit. He is said to be an old man dressed in a warm winter coat of animal fur, with a silver or crystal axe in his hand.

7. Karakasa-Obake.
This walking talking umbrella is one of the friendlier creatures on this list. The Japanese believe that lifeless objects may be given a life of their own, becoming what is known as a Tsukumogami. One such object is a living, breathing paper umbrella.

5. Padfoot.
If you see Padfoot, it won’t be long till you meet death. Hailing from England, Padfoot is said to be a huge black dog that can shape-shift into other forms. It has the ability to be invisible, and those who do see it should take it as a death omen, if they don’t die right then from the sight of it.

4. Leshi.
The Leshi will take you to his cave and tickle you to death. In Slavic mythology, the Leshi is a cheeky guardian spirit of the woods. Leshi often appears as a tall peasant, either without a belt or with shoes on the wrong feet.

3. Baba Yaga.
Baba Yaga travels the world on a mortar and pestle. Thought to have inspired the idea of the witch in the famous Hansel and Gretel tale, Baba Yaga is a hag of Slavic origin, said to live in log cabins in the woods. She is said by most to be evil.

2. Akaname.
This “Filth Licker” demon is said to sneak into your bathroom and lick it clean. A demon from Japanese folklore, this unusual creature commonly takes the form of a red and warty humanoid with frog-like features and a long tongue.

1. Bonnacon.
Bonnacon will defend itself with flying dung. This beast is probably best thought of as a messed up version of a dragon. It has a unique defense mechanism, its dung. This magical flaming dung is acidic, and can be thrown as far as 600m to deter predators and attackers. 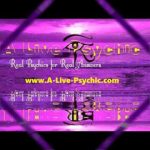 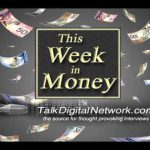